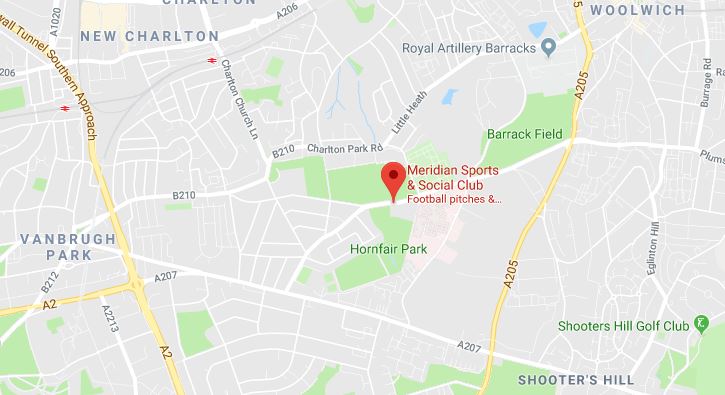 The club was originally started as a five aside team which consisted of four Tamna brothers and colleagues playing for other teams. The club was incorporated in 1995 to give it an identity and progression into the world of grassroots football.

At its forefront as always has been Chairman Dwinder Tamna, who has been involved in the club now for over twenty years being the driving force from day one. The club has grown from strength to strength eventually becoming a member of the FA Football Pyramid in 2003, plying its trade in the Kent County Football League at Step 7. In 2010 the club were proud to achieve FA Charter Standard Status.

Season 2015-16 saw Meridian VP enter the FA Vase for the first time enjoying a magnificent 7-2 away win at St. Francis Rangers before bowing out in the First Round losing 1-4 at home to Lordswood. Two years later the club went one better reaching the Second Round proper after victories against Deportivo Galicia and Hollands & Blair however, the run came to an end following a
3-0 defeat at Horley Town. The club also reached its highest ever points tally (49) in a league season, unfortunately it was not enough for the points per game ration to qualify for entry into the FA Cup.

The club also had a youth system which covered all age ranges and the highlight of this was our first ever FA Youth Cup entry where our U-18’s achieved far beyond what was expected of them reaching the Third Qualifying Round before finally being defeated by Shoreham away. The U-18’s were one match away from playing Millwall FC in the First Round Proper.