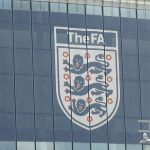 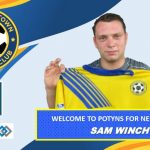 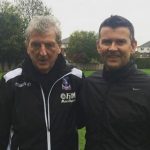 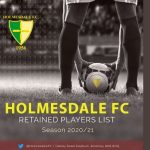 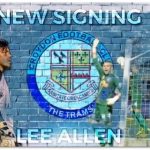 Lydd Town are ready to push ‘full steam ahead’

SUMMARY OF THE ALL CLUBS MEETING:

Clubs were given the presentation that the League had received from the FA the week before - as summarised below.

PROMOTION / RELEGATION
Even if a league at a higher step has a vacancy caused by a club folding or requesting voluntary relegation, NO Promotion will occur and that league will run short. Our League will run with the same teams that ended last season.

FUNDING
The FA National Game have had a 38% cut in funding. This will impact all Non eague System leagues who will no longer receive FA Development funding, but they will still receive Administration grants at current level.
FA Vase prize money will be reduced by approx 6%

COMPETITIONS
It is the FA’s ambition still to run the FA Cup & FA Vase in full in 20/21, BUT that may not be possible and certainly with the FA Cup they are contractually bound to have the FA Cup 3rd Rd on the opening weekend of January, so the dates and numbers of earlier rounds may be affected by that.
The non-league finals day at Wembley is subject to the FA calendar given that Euro 2020 matches now have to fit into 2021.
Consideration is being given to do away with Replays in both Cup & Vase to aid fitting in league fixtures.
If the season does not start in August then League and County Cups may have to change the formats in which they are run.

RESTARTING NON LEAGUE FOOTBALL
The FA stated that NLS will only re-start when the Dept of Media, Culture & Sport (DCMS) gives approval AND subject to any conditions that the DCMS makes.

It is untenable for the Clubs in Steps 1 to 7 to play games without spectators, and all Steps are tied together and will start at the same time.(eg Step 6 cannot start whilst Step 3 is not allowed and vice versa).

Football BELOW Step 7 where no admission is taken may start on a different date and is subject to specific “grass-roots” Govt guidance.

The FA are working on various scenarios as to when and how it affects the programme of games, this was explained as:
August – A normal season
September/October – Full League seasons to be priority with NO League or County Cups
November/January – Not possible for a full league season to be played and in this situation either half seasons (play each other once) or splitting divisions in half (probably on geographics) so that in our case we have 4 divisions rather than 2.
Later than January – Worse case scenario with re-structure and leagues maybe held over again until 2021/22 season.

Whilst NOT a commitment or guarantee by any means, the FA said the most likely current scenario would be September.

Pre-Season – The FA stated a pre-season would occur before commencement of matches, but they were not prepared to say what duration in weeks that time frame would be.

End of season – Flexibility to go into May rather than the last weekend of April, but again this would really depend on the starting date of the season.

Possible agreement prior to restarting is to put in place a system of awarding the leagues should they not be completed (example, PPG). Leagues have 14 days to respond with suggestions, like what percentage needs to be completed?

League Chair has asked for responses from clubs on how they would like the league to end if a similar situation happened again. (Example - PPG to be used if 75% of season completed). Please Email suggestions to Denise.

CLUBS
The FA will require ALL CLUBS to produce and publish a Risk assessment and/or action plans to ensure they are Covid secure. This is specifically for clubs that are neither “elite” nor “grassroots” and will cover such things as:
- Return to full training / matches
- Use of facilities including clubhouses, dressing rooms etc
- Travel
- The volunteer workforce at each club

The FA are currently writing a guidance paper on this and it will follow to clubs in the near future.

Ground Grading: The FA have built into the temporary changes to regulations some flexibility regarding ground grading dates, whilst no specific date or rule has been changed, the FA stated that it is “Not the intention to relegate any clubs for work that Covid has meant they have been unable to do.”

John Moules stated that he was happy to be the point of contact for all enquiries regarding the setting up of facilities to cope with the current issues. He has been in touch with contacts within the Football League has has picked up plenty of knowledge on the matter.

John mentioned that it looks like when football is allowed to return the organisation around the matches will need to be very different. It is possible that changing rooms will be out of use and players may have to arrive in full kit, ready to play and to depart quickly after the match without showering etc. Expect it to be very different to normal.

John reminded clubs to apply for the £500 Preparation Fund available from the Football Foundation.

John also noted his surprise at Clubs organising pre-season games for August, and felt like September would be more realistic.

The Financial Officer reminded Clubs of the changes to Leagues payments that have been made to help the Clubs get through this difficult time - including:

Given the current financial pressures on clubs, the directors have also agreed that outstanding payments owed by clubs to the league will not be invoiced for until the end of September at the earliest.

The league would like to thank all of those that joined the call, it seemed to run smoothly and was good preparation for the AGM - date to be announced once the FA have confirmed constitutions.

The FA are working tightly with the Government to enable football to return as quickly as is safe to do so. They will provide us with start dates and further instructions.

The next update is likely to come following the FA Leagues Committee meeting on July 14.