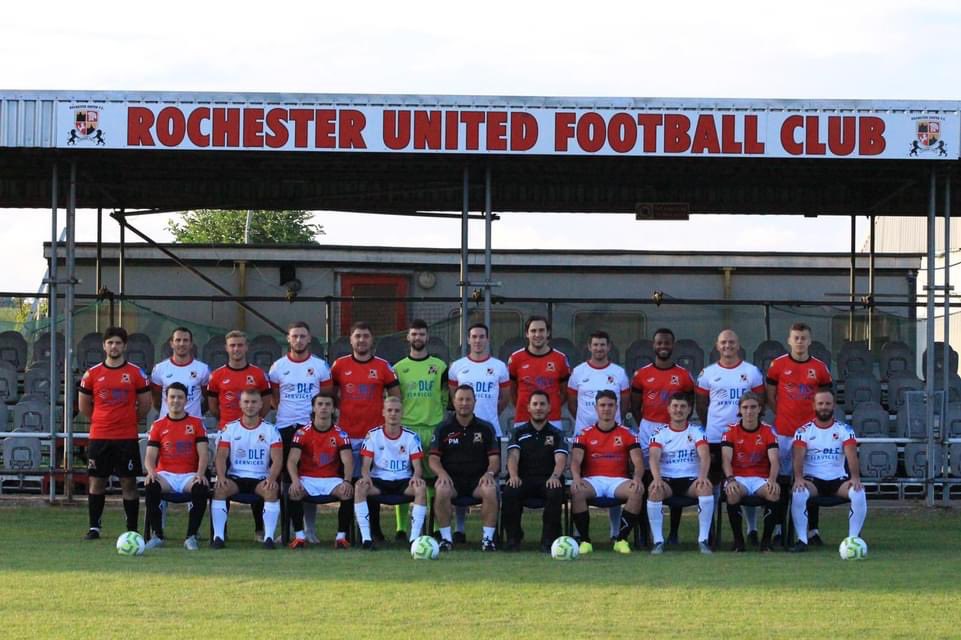 Bly Spartans FC at the end of season 2011/12 decided to change its name to Rochester United FC after winning the new Kent Invicta Football League and being promoted to the Kent Hurlimann League.

Bly Spartans was formed in 1982 by the now President and Chairman. They were entered in the Sunday Medway Football League and over the years they progressed though the league and finally reaching the Senior Division.

In 1992/3 and 1993/4 they played in the All England Sunday FA Cup reaching the last 32 on the first attempt. In 1997/8 season they left the Sunday League and applied for The Rochester

In season2002/03 the club entered a Reserve side in the Medway Messenger Sunday Football League Combination Division. The team won the league undefeated, also winning League Cup and Sportsmanship award.They were promoted to division 3 where they finished 4th the following season.

To enable the club to progress application was made for the Reserve side for the KCFAL which was accepted and were put into Reserve Division West.

Season 2006/7 the 1st team came runner up to Orpington in division 1 West and also won the “Bill Manklow” Inter-Regional Challenge Cup beating Bearsted in the final 2-1.

In season 2007/8 the 1st team moved to division 1 East which they won, they also won the Floodlight Cup, Les Leckie Cup reached the final of the “Bill Manklow” Inter-Regional Challenge Cup which they lost to Fleet Leisure2-1 and at the beginning of the season lost to Holmesdale in GR Roofing Final.

changing facilities. The club house has been altered and changing rooms improved. In the grounds 8

floodlight columns have been erected around the pitch and completed and ready for use by mid season 2010/11.

join the league, which was called Kent Invicta Football League. Bly had a very good season winning the league and the challenge cup in its inaugural season. Bly were promoted to the Kent Hurlimann League.

Further changes to dressing rooms and officials room have been made as well as a 200 seater stand erected (still to have roof on it ) and concrete footpath down one side of the pitch, other work to be finished by March 2012/13.

Rochester United started its first season in the Kent League very well, being in the top half of the table up till Christmas 2012, after Christmas a bad run of lost games followed and ending the season finishing fifth from bottom.

The new 2013/14 season the league changed its name to Southern Counties East Football League. The club are pushing on with finishing work to the remainder of the footpath around the pitch, and the completion of roof to seating stand, the club have now received the ok from Football Stadia to erect fence behind bottom goal. Also a paybox has been bought and will be incorporated into the new fence.

During the closed season the club completed outstanding works and were given their ground grading so that in season 2014/2015 they were able to enter The FA Vase for the first time.

The season commencing 2015/16 the club entered the FA Cup for the first time, going out of the competition against Herne Bay FC in the 1st qualifying Round. We have also made alterations and improvements to ground and facilities and keep on looking to improve the infastructure of the club where we can.

Unfortunately on the pitch we finished 20th and last in the SCEFL Premier Division for Season 2017-18 to get relegated to the First Division. Another disappointing campaign resulted in a 17th placed finish followed the year after before a much more improved performance in 2019/20.
However with us looking good for promotion the Coronovirus Pandemic caused an early end to the football season so we now go into the 2020/21 campaign keen to earn our place in the Premier Division back.