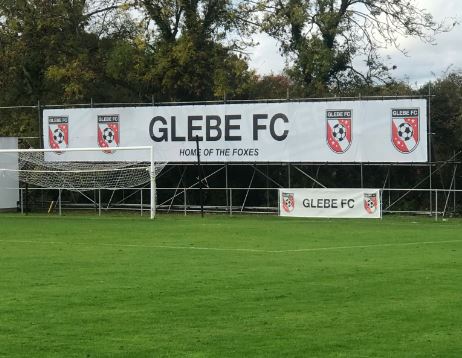 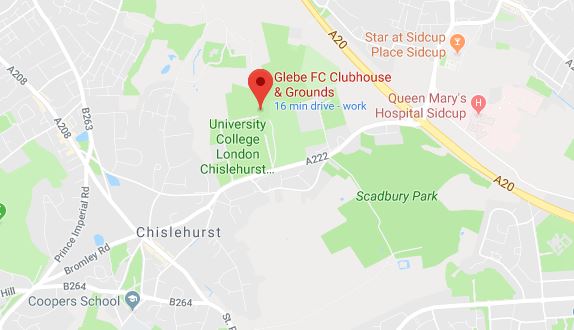 Glebe FC were founded (as the junior side Glebe Globetrotters) in 1995 by chairman Rocky McMillan and his wife Grace.

Initially based in West Wickham and starting with just a sole Under 8’s team, the club progressed through the age groups. Regulars in Kent’s Youth Leagues we won every junior trophy possible – including 10 London County Cups.

After their exceptional beginnings as a Junior side, their committee voted to form a Senior section in 2010 and the newly established team joined the Kent Invicta League (KIL) in 2013-14.

In 2014, we also won the prestigious London FA Standard Charter Community Club of the Year
Award, as voted for by the Executive Committee of the London FA.

But for years Glebe were nomads, seemingly unable to secure a permanent home. For the first
two seasons the senior side ground shared with Holmesdale, but, in 2014, we signed a 25 year
lease to take over Old Elthamians Rugby Club. This was a historic day in the club’s history, when
we had a base to be a focal point for sport in the community, at last.

With the help of the Football Stadia Improvement Fund, we have since built a modern sports
complex. The club resides in 15 acres in Chislehurst, comprising 7 pitches, a stadium pitch, a
separate floodlit training area, gym, bar and reception rooms. In 2022/23 season we have over
400 members. There are over 25 Junior teams, for boys and girls; a Ladies senior side; midweek
teams in the Isthmian Youth League; a new Sunday team; Vets team and of course the First XI.

Glebe FC’s history as a senior side is brief - but exciting.

Life began in 2013-14 finishing 10th following up with 7th in 2014-15. The next season we experienced the disappointment of narrowly missing out on promotion, finishing 3rd behind Bearsted and Sheppey United.

However, we did win the Kent Invicta League Cup and the London FA Senior Trophy.

Last season (2021-22) we reached the 3rd round of FA Vase and our highest ever league position,
finishing 3 rd . This is now our 9 h season in the SCEFL Premier Division. Luke Rooney is managing
the side with Joe Minter and Del Oldfield alongside him in the dugout.

Off the pitch, we have continued our sponsorship deal with Hugo App and JDM Estate Agents are
our new tracksuit sponsors