Welling Town have announced the first group of players that will be part of their 2020/21 season squad.

First-up is centre-back Rob Gillman, a man who has captained pretty much every club he’s ever represented and who will add untold experience to the group. Rob is formerly of Luton, Bishops Stortford, Bromley, Dover Athletic, Thurrock, Greenwich Borough, Whitstable Town and most recently Lordswood, for whom he made 36 appearances last season.

Also playing for the Premier Division Club this term will be former Holmesdale Captain Callum O’Shea. The midfielder played 23 times for the Dale last season following a campaign that saw him make 29 appearances for Forest Hill Park. The former Ireland Youth International can also count Cray Wanderers, Chipstead and VCD Athletic as former clubs and will now be adding his experience and steel to ‘The Boots’ midfield.

Another new signing named by ‘The Boots’ is Jacob Kalonda. The ex-Fisher and Bridon Ropes man is well know by all in the SCEFL and is sure to net plenty of goals for his new club.

Returning to Welling Town is Sam Bailey, an attacking threat that won promotion with the club in the 2018/19 season. His 30 appearances show how important he was for them then and he is sure to be a vital part of the side when things kick off next time around.

Ouani joined Welling from Greenwich Borough in January and clocked up an impressive 6 goals in 9 games before the season came to an early end. Former Erith Town and Cray Valley man Nelson, also joined the Club mid-way through the Campaign while Bancroft racked up 23 games for the side from Bayliss Avenue. Ashley Wright’s 22 outings last time included one at Corinthian, where the experienced left-back scored in a surprise 2-1 win. 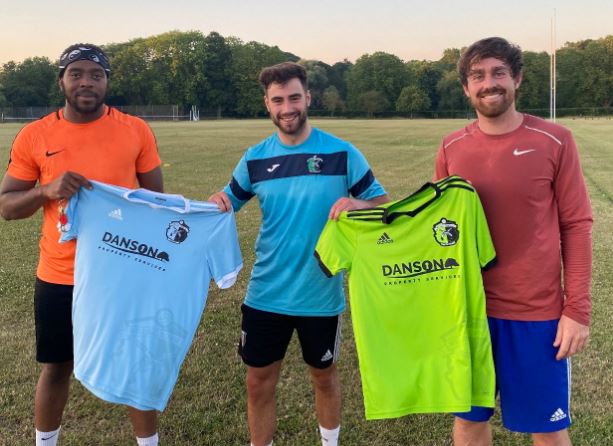 Further squad news will be revealed over the weekend as Welling Town intensify preparations ahead of the new campaign.

Excited by the an impending start date are Peter Gill and Antony Gradley, half of the new look Management Team at ‘The Boots’. They spoke to the Club’s YouTube Channel about their first few weeks with Welling and their aims for the future.