Welling Town have confirmed the return of Jack Moore ahead of the 2020/21 season.

Goalkeeper Moore had spent the last couple of months of the last campaign at Glebe following his departure from ‘The Boots’ in January.

During his previous two-and-a-half year with the Club he won many accolades, both individually and as part of the team.

Pretty much an ever-present since arriving, he helped them win two promotions in successive years – the 2017/18 KCFL Division Two West title and the SCEFL First Division in 2018/19.

He was also a Cup holder on a few occassions in his previous spell too as Welling Town defended the West Kent Challenge Shield and the Kent Junior Cup during a 21-month unbeaten spell.

He is also the Club record appearance holder with 92 league and cup games under his belt yet he is still better known for playing as a centre-back for a Sunday League side! 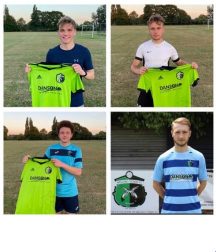 Jack is just one of a bunch of players that have commited to Welling Town for the 2020/21 season. He joins Sam Bailey in returning to Bayliss Avenue while many others have put pen to paper too.

Young prospects Harry Cripps, George Fisher, Jean-Luc Daley and Jacob Smale all showed signs of promise last term and are sure to get more First Team in the season ahead.

Manager and Chairman Kevin Oakes spoke about preparations ahead of the new campaign to Welling Town TV….

SCEFL League Tables from 2013 to now