Neil is no stranger to the Southern Counties East League having been involved with clubs for the past 15 years. He has worked previously at Erith & Belvedere and Beckenham Town and was part of the successful management team at Fisher that challenged for the Premier Division title two years ago. He was part of the Punjab United team early in the 2019/20 season before joining Anslow’s coaching setup at Martyn Grove in January. Neil had impressed the committee in the short space of time that he was involved and expressed an immediate interest in taking on the role once Darren had advised of his intention to leave.

Joining Neil at the club are Michael Dodsworth (Assistant Manager) and Sonny Gladdish (1st team Coach). Michael needs no introduction to Lordswood having featured as a player during his career and has played at many clubs in the SCEFL and Isthmian Leagues. He recently had a coaching role at local rivals K Sports. Sonny had stints in both the Charlton Athletic Academy and Millwall’s Academy as a player before moving into Coaching. He had 4 successful years with Maidstone United in their youth set up, before joining East Grinstead Town in the Isthmian League. He has also had roles at Hastings United, Margate, Sheppey United and K Sports.

Vice Chairman, Paul Caulfield said: “We are delighted to welcome Neil, Michael and Sonny on board as the new management of the first team. Neil is well respected within non-league football and his enthusiasm for the role really shone through. The club is reaching an important stage with its development of the youth structure and we are looking forward to seeing further progression as our Kent Youth sides push on towards men’s football. The key link between the youth setup and the 1st team is the Reserve section and we are delighted that Imran Englefield and Chris Gardner will continue their management of the Reserves who had a great season in 2019/20 with a number of players having already featured in the 1st team.”

“Whilst we still do not know when football will resume, we are pleased to have finalised the management structure so that preparations can begin to ensure we have a settled squad raring to go when we finally get the green light to play again.”

Hunter replaces Darren Anslow who has resigned due to family reasons. Anslow took the reins in June last year, taking over from former boss Richard Styles who had departed for Tunbridge Wells following three seasons at the helm. 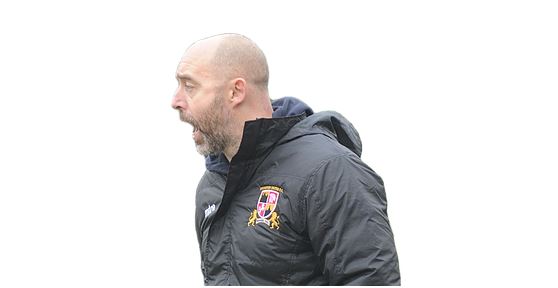 Anslow had led the Lords to 13th in the SCEFL Premier Division before the season was cut short due to the COVID-19 pandemic with 10 games still to play. During his 26 league games in charge Anslow oversaw 9 victories, 5 draws and 12 defeats.

Lordswood’s Vice Chairman, Paul Caulfield said: “Darren has advised due to extra work commitments and a desire to spend more time with his family, that he wishes to take a break away from football which is completely understandable. We would like to thank Darren and Owen for all their time and efforts last season. They came onboard at a difficult time and didn’t have long to raise a competitive squad for the 2019/20 season. They achieved some noticeable performances and results to ensure we remained comfortable in the league and highlighted their potential. We wish them both the very best in their future management careers.”