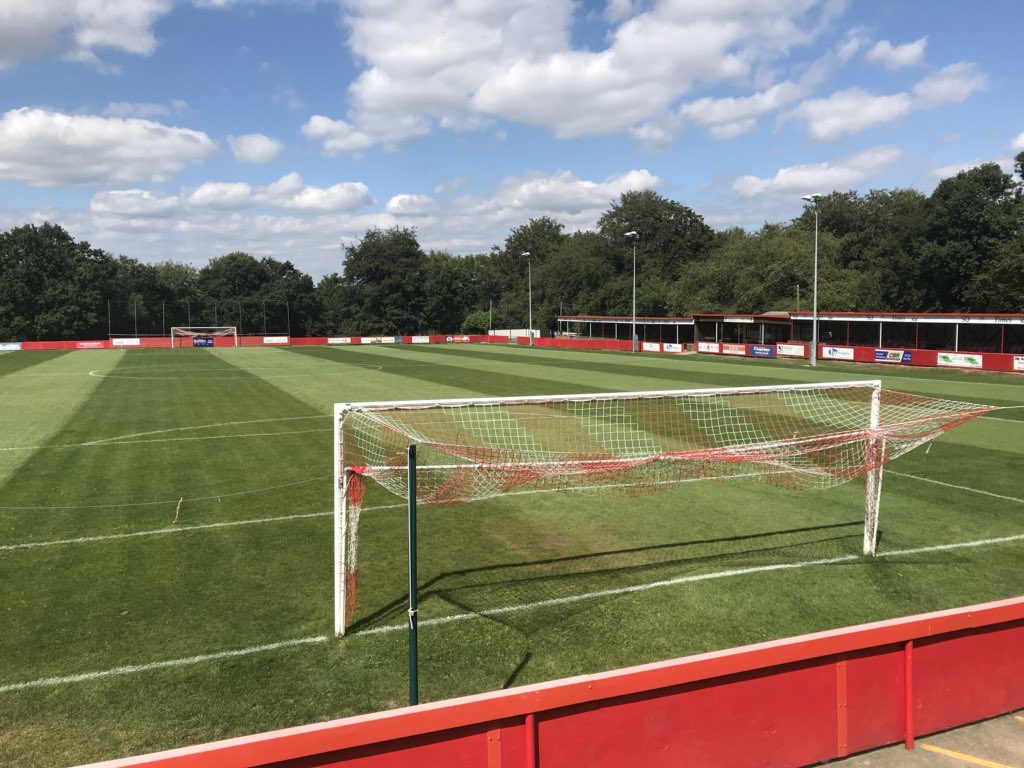 Senior football has been played in Tunbridge Wells since 1886 although the Club has had different names. Tunbridge Wells Wanderers might be the best, though an un-used, name as ten different grounds have been used around the town. The post war years, however, saw the club almost entirely based either at the present Culverden Stadium or at Eridge Road on what is now the Showfields Estate.

In its heyday Tunbridge Wells played regularly in front of four-figure crowds and were a significant force in non-league football. The 1930’s in particular were heady days when long cup runs were almost expected by supporters and Football League opposition was not unusual in the FA Cup.

Tunbridge Wells Rangers’ first Kent League fixture took place in 1903. Before World War II, the club also competed in the London Combination and Southern Leagues. After the war the Wells briefly resumed playing as an amateur club although success and a return to semi-professional status were not far around the corner.

In 1954-55 the club once more progressed to the FA Cup first round proper before being comprehensively beaten by Brighton. Honours in this season included a unique treble of Kent Senior Cup, Kent Senior Shield and Kent League Cup.

After five seasons in the bottom four of the Southern League, the club duly collapsed at the end of the 1966-67 season and it was left to the determination of supporters to see the present day club formed. They entered the Kent Premier League and by the next year the team finished as Kent League runners up. The Wells won the Kent League championship in 1985 and have also won the Kent League Cup four times since the club’s reformation.

On 31st August 2005 Tunbridge Wells made European football history by winning the longest penalty shoot-out for a senior cup match. 40 spot kicks were taken with the Wells triumphant 16-15 over Littlehampton Town in the FA Cup.

In 2009 Martin Larkin was appointed manager and in 2012-2013, secured the Kent Senior Trophy, the first trophy for 25 years, and memorably reached the final of the FA Vase at Wembley.

During the summer of 2015, Larkin resigned from his post due to work commitments which led to Jason Bourne being promoted from long standing player to first team manager with Mark Stapley as his assistant.

2015/16 saw the club finish in 14th place and was followed by two seasons of 15th placed finishes. The 2017-18 campaign also saw Wells reach the SCEFL Challenge Cup Final where they ended as runners-up to Whitstable Town. The following season was disappointing ending in a 16th placed finish resulting in a change of Manager.

With Richard Styles leading the team out in 2019/20 things were going very well indeed. However the Coronovirus Pandemic came along and the season was abandoned. The same happened again in 2020/21.

Styles led the team to an 8th place finish in 2021/22 before moving on and now Luke Carpenter is the man tasked with leading us to success in 2022/23.