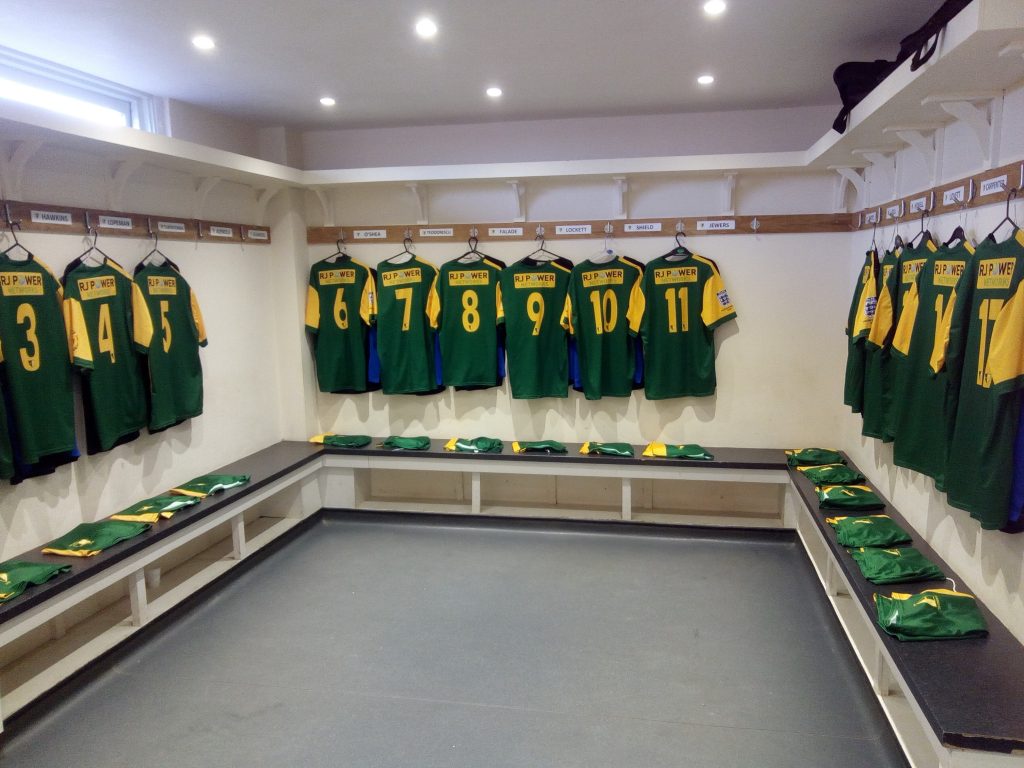 Holmesdale Football Club is a football club originally based in South Norwood, London. Affiliated to the Kent County F.A they are currently members of the Southern Counties East Football League Division One and play at Oakley Road in Bromley.

The original club was established as Holmesdale Baptists in the early 1920s and was affiliated with the Baptist Church on Holmesdale Road; players were church members and had to attend bible classes. They joined the Excelsior League, where they played for two seasons before joining Division Three of the Thornton Heath & District League for the 1922–23 season. Although they were Division Three runners-up in their first season, the club folded in 1923. The club was reformed in 1956 by the 3rd East Surrey Boys Brigade Company and rejoined the Thornton Heath & District League in Division Six. They went on to win the division at the first attempt, earning promotion to Division Five. Another promotion in 1957–58 saw the club move up to Division Four, although they had to recruit players from another church club, which led to them dropping the word "Baptists" from the name. By 1960 the club had been promoted to Division Three.

In 1960–61 Holmesdale were Division Three runners-up, earning promotion to Division Two. They following season the club were Division Two champions and were promoted to Division One. The 1971–72 season saw the club win the Division title. In 1986–87 they were Premier Division champions, and were promoted to the Surrey Intermediate League. They were runners-up in Premier Division B in 1989–90, before winning the Surrey South Eastern Combination in 1992–93. The club were subsequently promoted to the Surrey Premier League. They won the league's Charity Cup in 1993–94. In 2000 the club relocated to Bromley and switched to the Kent County League, joining Division One West.

2016-17 saw Holmesdale finish in 6th place in the First Division and a Season later they ended in seventh place under the management of Tony Beckingham and Lee Roots. 2018/19 saw a few changes of management and a creditable 6th placed finish before Lee Roots returned for the 2019/20 campaign.

The 2019/20 and 2020/21 seasons were disrupted due to Coronovirus but not before our displays on the pitch put us in a promotion position.

Fortunately with the Non League Restructure still taking place we were rewarded for our hard work with a place in the Premier Division, where we now look forward to playing in the 2021/22 campaign.

The club played at Oaks Road in Shirley during their time in the Surrey Premier League, but were unable to install floodlights as the ground was owned by Croydon Council. As a result, they moved to Oakley Road in Bromley to gain promotion to the senior leagues, although three teams continued playing at Oaks Road, later breaking away to form Real Holmesdale Football Club in 2001.