Founded in 1999 by Club Manager Gary Axford, Faversham Strike Force FC has grown into one of the largest and well known Youth Football Clubs in Kent.

We are a FA Charter Standard Community Club and have FA qualified coaches with every team who provide their services free of charge every weekend at four separate venues in Faversham.

All of our coaches hold FA Coaching Badges and are First Aid and Safeguarding Children trained. All Club Officials have been criminal record checked, so you can be sure that your son or daughter is receiving the best possible support and care whilst they are with the club.

In 2007, we were awarded the National Charter Standard Club of the year and officials were collected the Wembley Stadium for an official presentation.

2012 saw us add a senior team who play in a local Sunday league. Many of the players had previously played for Strike Force as youth team players, and in their first season won 4 cups and the league

The club continued to progress in 2013 by entering a team into the Kent County League. This was seen as a major step forward for the club and in their first year the team picked up the runners up spot as well as the League Fairplay Award.

We currently have 3 mens teams, 1 ladies team 13 youth teams and a team of over 40 volunteers. The club has a clear development strategy in place for players, with some of them going onto sign professional contracts and many of our youth players transfer into our men’s teams.

We have their own pitches which includes a 3G pitch and club house at the King Georges Playing Field (The Mount), Faversham.

The senior team play their home games at Rochester United's Rede Court Road Ground and for the 2021/22 Season have earned a place in the Southern Counties East Football League, at Step 6 of the Non League Pyramid. 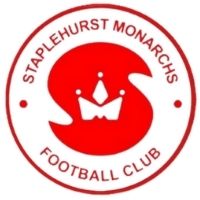